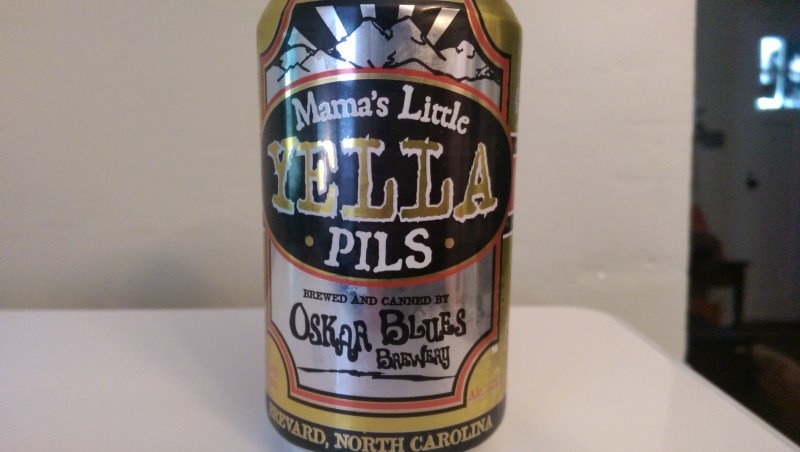 From Oskar Blues Brewery, Mama’s Little Yella Pils is a small batch Pilsner made in the tradition that made Pilsen, Czech Republic famous for beer.

After trying out some Old Chub for the first time the other day (and loving it!), I couldn’t help myself but to check out a few other selections from the Oskar Blues Brewery.  Today we will be drinking some Mama’s Little Yella Pils for this Fifth edition of Food. Beer. Stuff. Beer Profiles.

Mama’s Little Yella Pils (from here on out MLYP) is a Pilsner beer, brewed with pale malts, German specialty malts and Saaz hops in the tradition of Pilsen, Czech Republic brewers. Many believe the best tasting beer in the world comes from this region. MLYP comes in an attractive gold can, perhaps alluding to its status as a Gold Medal winning beer. On pouring, one immediately notices the fresh herbal hop scent with some grassy undertones. It pours a golden translucent gold, perhaps another reason for the color of the can, with a two finger head. 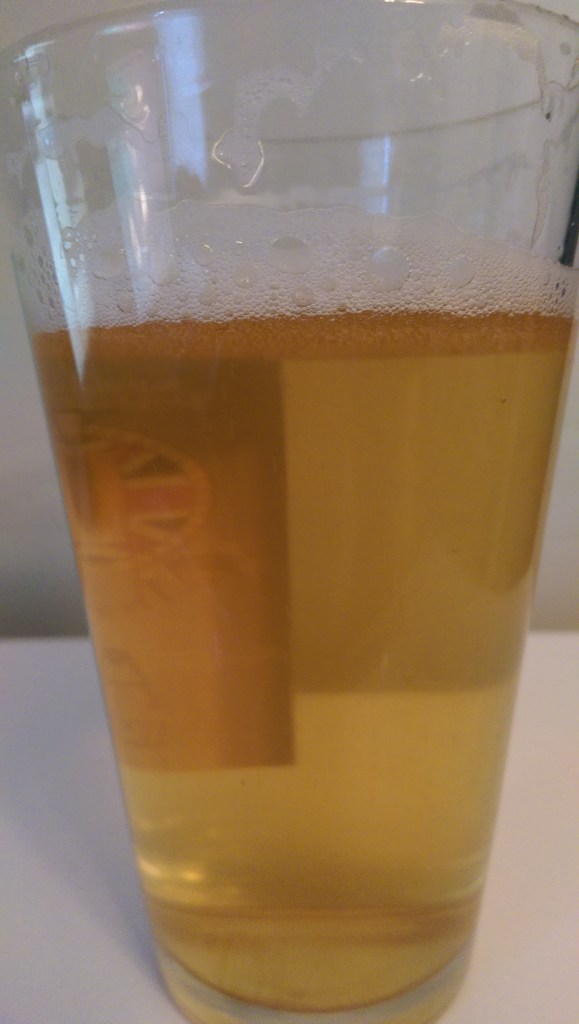 MLYP forms a nice two finger head, which I forgot to take a photo of until after my first sip

Nicely carbonated, MLYP has a light body and crisp mouth-feel.  The taste is of sweet malts with a mildly bitter after taste. The Saaz hops are in place with this pilsner but it is evident, even from the first sip that the hop count is lighter in this pils than in some of the other varieties on the market.  Far from a problem, it actually gives MLYP a unique flavor for the genre.

This beer is refreshing.  It goes down smooth but with flavor every step of the way.  It has a bit of a kick when it first reaches the tongue as the bubbles release their mysteries. Lacing marks the length of every sip forming gentle rings from the top to bottom of the glass. 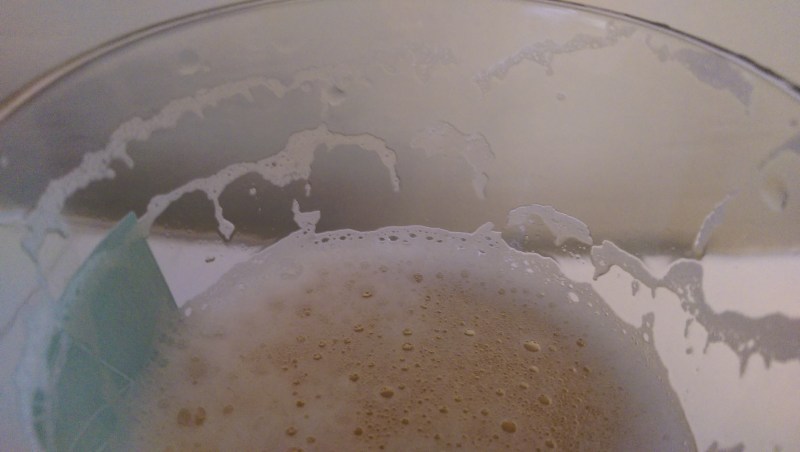 clear developing lacing with every sip

As only the second beer I have tried from Oskar Blues Brewery, I was happy to find another great beer. The taste is sweet, the body is on the full side of light and the overall experience is crisp and refreshing. As a pilsner, it is a different flavor without the loss of what makes pilsners great. I wholeheartedly suggest this brew for anyone who loves beer.  That is 2 for 2 Oskar Blues.  Can’t wait to try more offerings as this is the start of a nice trend.

Have you tried Oskar Blues Mama’s Little Yellow Pils? What are your thoughts? Lets talk about it in the comments below.