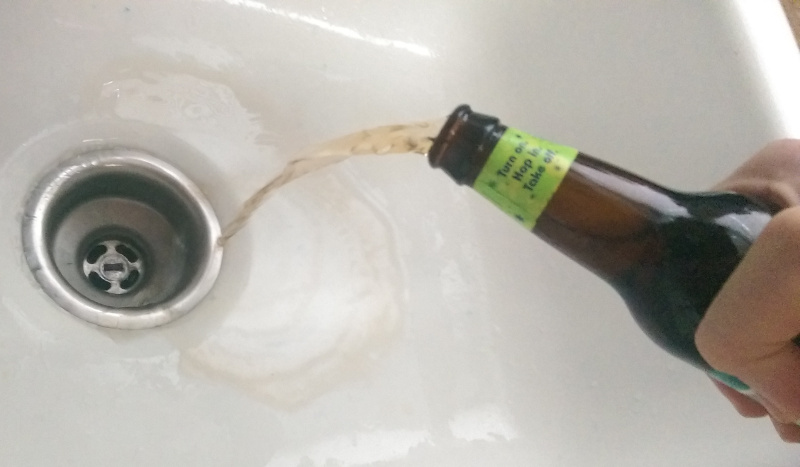 I have only poured a beer out once in my life (well not counting floaters, that is another rant altogether). I was a teenager. The beer, a Budweiser pint lodged under the seat of my car. As it so happened, a man with a badge and a gun promised to go easy on me for doing so and to his credit he did. I suppose he thought pouring the beer out was punishment enough and honestly, it was.

Still, I can’t help but wish he would of just “confiscated” it or hell, I would of happily just gave it to him. In my younger years pouring out a beer was tantamount to flipping the pope the bird or mooning a judge. I mean, beer gets you drunk, beer goes in your mouth silly rabbit.

Back then was a different time. Back then my only decision was should I go for some Natty Ice or try to impress my friends and spend the extra dough on that way cool 5.5% Bud Ice that comes in those neat clear bottles (by and by a fool, presently a beast). We are just emerging from that old world today.

A world where choices were few and for the most part, the beer all tasted the same. A world where the only characteristics that defined a beer were the packaging or the latest advertising gimmick, with very few (though very notable) exceptions. For this reason it is easy to forgive people when they liken beer enthusiast such as myself and others like me as Beer Geeks, Beer Snobs or what have you.

Everyone knows right? Beer is beer, just drink it. In many ways that is true, beer is beer but in so many more ways, this gets truer by the day, that statement couldn’t be further from the reality.

Taste is subjective, perhaps no more so than when talking about beer. For this reason, when I test out a beer publicly, I try to go as far as I can to not be negative. If I find a beer to have the balance of an ether patient I’ll probably just say something to the tune of “perhaps overly sweet for some” because even if I hate the beer, I respect the beer.

More than that, I respect the brewer. This is why I do beer profiles not beer reviews and while sometimes I can’t help myself but to gush over a beer, you will never see me outright insult a beer or brewery, I just respect the craft far too much. Even beers I hate are the end result of much toil and plenty of hard work.  Somebody put their heart and soul into this beer, to insult it would make me the asshole.

Tasting beer is not like tasting wine, whereas clearly bad wines exist, other than perhaps in the case of health code violations or some particularly off flavors there is no bad beer. Heck even wild beer (or spoiled beer depending on who you talk to) has it’s fans. The point is, 10 people could drink the same beer and come back with 10 different thoughts and opinions on the matter.

Today we have more choices than ever and I honestly believe that better beer has never before been made in the history of the world. With this huge rise in choice we have also seen the rise of many old and forgotten styles. Some styles being acquired tastes. In addition to these forgotten styles, we also have experimental beers that push the envelope of individual tastes to the limit. So in this day and age, is pouring out a beer you don’t like really that bad?

Well, yes and no. As with all things in life there is a right way and a wrong way to do it. You don’t like some particular beer, fine pour it out but don’t take a picture, don’t make a scene and don’t go telling everyone how horrible it is. Now I am not talking about off flavors that suggest contamination. If you have a beer that is clearly spoiled, shout it from the rooftop with my full endorsement. No, I am talking about someone who loves IPA’s then gets on twitter and proclaims how horrible this or that Stout is or the asshole who just wants to badmouth a brewery for the fuck of it.

Personally, unless compelled by law, I will NEVER pour out a beer, it’s just not in me. That is not to say I don’t get it though, sure, why fill your mouth with something you consider bad tasting or sub-par, makes total sense. What I don’t agree with and I am seeing more and more of these days is the public display of dis-taste. I guess what my rant boils down to is did you even give the beer a chance? Did you serve it at the right temperature? Did you try it in a glass? Did you ever try that style before?

Take a second and think about it. Why is the beer bad? Is it infected? Oxygenated? A different style then labeled? If not, maybe it just doesn’t suit you. If that is the case you have some choices, you can pour that beer down the drain and brag about it online like some douche-bag, you can quietly pour it down the drain and remember to leave those beers for others in the future or (and this is preferred) you can give the damn thing a chance, be sure you are serving it properly and try to appreciate the blood sweat and tears the brewer expended on that beer and realize that acquired taste means exactly what you think it does.

You ever pour a beer down the drain? Brag about it? Let me know your opinion below. I promise I won’t call you too many names. 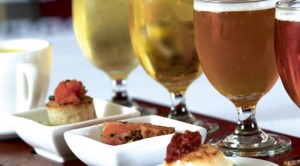 What Are The Worst Beers You’ve Ever Tried? 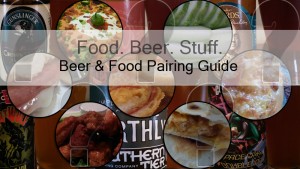 2 thoughts on “WTF? Did You Really Just Pour That Beer Out?”