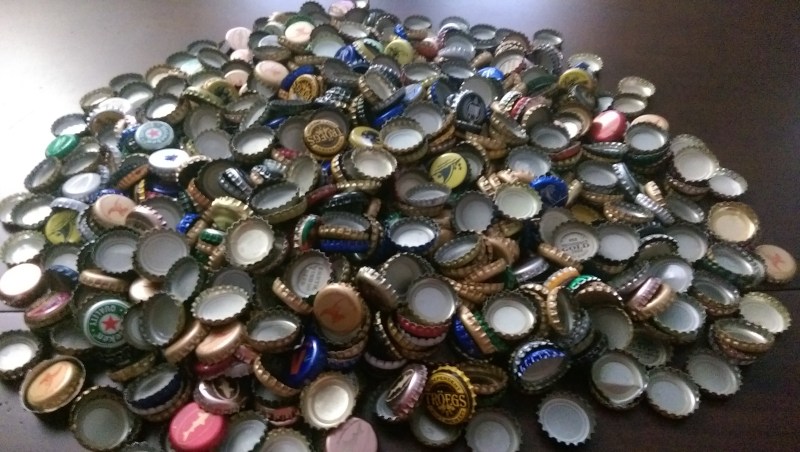 So for the last year or so I have been saving bottle caps. What for you ask? That is just the thing, I have no idea. So why save them?

Well it started off innocently enough. Sometime in early 2013 late 2012 I thought to myself “Hey Dan, you should save these and make something out of them” and so it began. Not having anything specific in mind, I began to save my bottle caps. Not a very interesting story, I know.

So here I am a year or so later and my collection is growing quite large.  By today’s count I am at 836. I would like to begin figuring out exactly what I plan on doing with them. Nothing is really coming to mind though. I have searched the internet and some people have come up with some creative ideas making coasters, bowls and other such items but nothing is really giving me much inspiration.

Anyway, to end a pretty uninteresting story quickly, got any ideas for me?

Update 7/16/14
Found a person selling bottle caps for others to make crafts from so if all else fails… They are asking $3 per 10 which seems a bit high. At that price I would be up almost $300. I am still determined to make something out of these for now. I’ve had a few more ideas so keep on the look-out for additional updates.