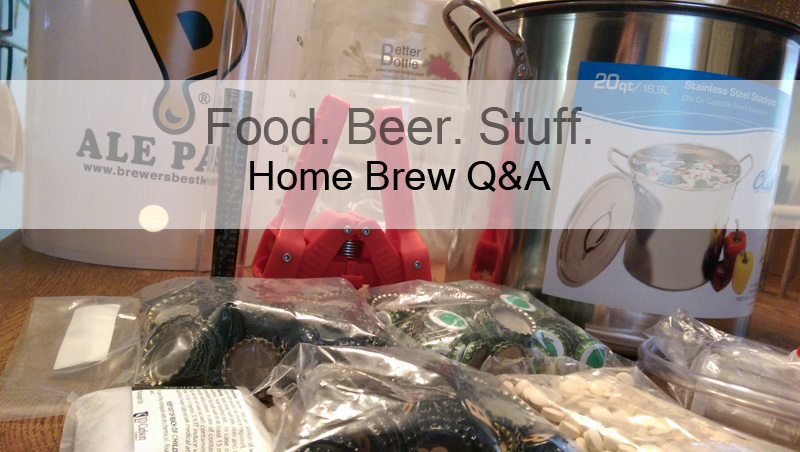 One bucket to rule them all…

I have a Brown IPA fermenting in a bottling bucket right now. There’s nothing wrong with using the bottling bucket for the full fermentation but there are a few things to keep in mind.

A main reason people transfer from the primary to a bottling bucket is to leave the yeast and hops behind. Though most of it has settled during fermentation, without the transfer it is likely some of your beers will have a few “hop floaters”.

To remedy this, I will usually bottle prime when fermenting in the bottling bucket. After a nice cold crash, the sediment has sunken below the level of the spigot and I can just fill each bottle right from there.

The main worry when using the bottling bucket for a full fermentation though is sanitation. The spigot adds extra parts to worry about. The seal needs to be air tight and all the parts need to be cleaned, sanitized and replaced when worn.

To keep the spigot clean during the weeks it takes to ferment the beer, I will normally spray the inside of a plastic sandwich bag with sanitizer and tie it over the spigot. This keeps dust and other crap from getting to it. I also give it a good spray with sanitizer right before bottling as well.

As far as using the bottling bucket as a secondary vessel, I would be worried about doing that. I can’t say for a fact it won’t work but one would need to be really concerned about head space.

I really wouldn’t suggest giving it a try. Secondary fermentation is great for long term aging, fruit additions or other specialty adjuncts but it poses a significant risk to your batch. I would suggest using a vessel that minimizes head space like a carboy with airlock and bung and then, only using a secondary when necessary.

You got a question about home brewing? Dude, you could totally ask me! click here and just fill out the form and I’ll write back to you. Not just with random gibberish either (well, some gibberish) but with an actual answer. Each week (or whenever I get questions…) I’ll even feature one right here on Home Brew Q&A. Neato fucking mosquito, huh? -Dan Bandekow